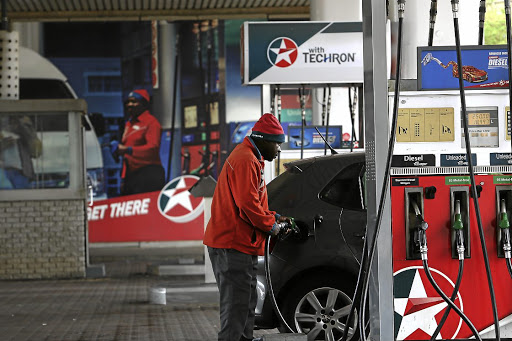 The Fuel Retailers Association, representing more than 2,500 fuel retailers, has hit back at the government’s proposal to cap the price of 93 octane petrol, claiming it will cut into wafer-thin profit margins and accelerate job losses in the sector.

In a bid to ease the pressure high petrol prices are putting on consumers, the department of energy has proposed capping the price of 93 octane petrol. It says that by setting a maximum price, instead of regulating the exact price at the pump, it will encourage retailers to compete in pricing — as is the case with diesel.

But Fuel Retailers Association CEO Reggie Sibiya, said the department was wrong to expect the retailers to give away what little profits they made.

According to Sibiya, on the current regulated pump price of R16.85 per litre of 93 octane unleaded petrol, after expenses, the retailer makes a profit of just 14.3c a litre — accounting for just 0.8% of what the customer pays at the pump.

“Every time the department seeks solutions, the target is always the path of least resistance — small businesses. They seem to shy away from attacking the giants, the oil companies or look at their own contribution [in terms of taxes and levies] to the fuel price structure.”

The proposal would also accelerate job losses in the sector, Sibiya said.

Peter Morgan, CEO of the Liquid Fuels Wholesalers Association, which represents 46 independent fuel wholesalers, said the association was concerned about the unintended consequences of the proposal — mainly that it would hurt transformation in the sector.

“When you start allowing the retailer to fix the maximum price, the big guys will immediately cut prices,” Morgan said.

It may seem a good idea for the motorist but the larger players will squeeze smaller, typically black, players out.

Sites further out from urban areas, where transformation is taking place, are battling to be sustainable as it is. Introducing this kind of price competition would be likely to cause some of them to collapse, Morgan said.

Although not necessarily opposed to the idea of deregulation, Morgan said it was rather a question of timing. “First give us time to fix the transformation issue and then deregulate the price.”

Total SA said it supported the consultations and was working with the industry. BP said any such substantial change in policy needed to be properly considered and engaged on, so that the consequences were fully understood.

The department has extended the deadline for input to the end of January.