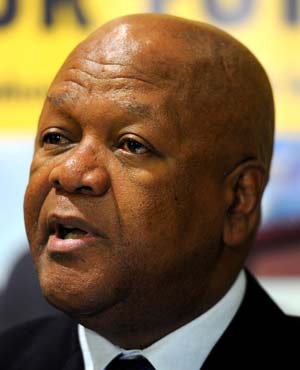 With the US Federal Reserve Bank cutting its benchmark interest rate to near zero, the South African Reserve Bank may have the room to introduce a 25 basis points cut this week and another one later this year, say economists.

In response to the fallout in global markets due to the coronavirus outbreak, the Fed on Sunday implemented a 100 basis points cut as well as a $700 billion quantitative easing programme. The market, however did not respond well, with US stock futures and oil falling nearly 5%, Al Jazeera reported.

Domestically, however, monetary policy stimulus for the SA economy will likely be welcomed, says PwC Strategy& chief economist Lullu Krugel. The SA Reserve Bank’s (SARB) Monetary Policy Committee is meeting over two days this week and is expected to make a rates announcement on Thursday.

The MPC had introduced a 25 bps rate cut in January, and analysts had already priced in a 25 bps cut to rates later in 2020, prior to the coronavirus outbreak. This expected cut was driven by low inflation and weak economic climate, according to Krugel.

But recent market developments, such as the plummeting oil price – which might provide fuel price relief for consumers – as well as the “sharp” deterioration of the rand exchange rate to R16/$, compared to the R14.06/$ rate as at the last MPC meeting, would possibly be considered by the MPC in making its decision this week.

Although Reserve Bank governor Lesetja Kganyago has, in the past, been steadfast in the view that monetary policy should not be the primary source of bolstering economic growth, Krugel said that in specific circumstances, as seen in other countries, monetary policy stimulus could be helpful in providing a short-term boost in a very urgent situation.

“A deterioration in many countries’ growth prospects has resulted in multiple central banks cutting interest rates in recent weeks… Many countries have also resorted to other steps aimed at boosting liquidity in financial markets and the banking sector,” Krugel said in an MPC outlook article she co-authored with PwC Strategy& economist Christie Viljoen.

“The SARB has previously commented that a 25 basis points cut in the repo rate could lift GDP growth by 0.1 percentage points over a 12 to 18-month period. At this stage, that increase in growth prospects will be very welcome,” she said.

PwC expects a 25 bps cut in March, and another in May, said Krugel. Investec chief economist Annabel Bishop also noted that a 50 bps cut is a possibility, with the first 25 bps cut introduced this week.

Krugel, however, said it is important that the country does not “take [its] eye off the ball” when it comes to boosting the economy through other reforms too.

“We should not take the eye off the ball in terms of other things we must do to get economy back on track,” she told Fin24. This includes stabilising power utility Eskom and stabilising debt. “Those kinds of initiatives must be sped up and rolled out faster,” she said.

The rate cuts, along with faster implementation of economic reforms, could bolster economic growth by 0.3 percentage points over the next 12 months, said Krugel. “There is no risk to the inflation outlook from this suggested stimulus,” she added.

On Sunday, at a briefing on the coronavirus, President Cyril Ramaphosa announced a travel ban and encouraged social distancing as a means to contain the spread of the virus. The president said outbreak has had, and will continue to have, a negative impact on the economy, which has resulted in a drop in international tourism.

He said Cabinet is in the process of finalising a package of interventions to mitigate the impact of the coronavirus on the economy. “This package, which will consist of various fiscal and other measures, will be concluded following consultation with business, labour and other relevant institutions,” Ramaphosa said.

Government anticipates a decline in exports, production and the viability of businesses as well as job creation and job retention.

Krugel said PwC would be monitoring government’s economic interventions. For every month of the travel ban, SA could lose about R2 billion in revenue from the accommodation industry as well as the food and beverages industry, Krugel said. Based on Stats SA data on tourism from April to July 2019, travellers from high risk countries Germany, the UK and US were about 230 000, about a third of foreign tourists outside Africa.

As for the economic outlook, Krugel said the Reserve Bank could revise its growth forecast down significantly. At the last MPC meeting it stood at 1.2% for 2020. Since then, GDP data has confirmed SA is in a recession, the budget speech has been delivered and the rand exchange rate has weakened due to worries of global growth, she explained.

Ratings agency Moody’s revised SA’s growth forecast from 0.7% to 0.4% on the back of expectations that coronavirus could low down economic activity globally, Fin24 previously reported. “The SARB’s forecasts will likely not be far off that number,” Krugel said. 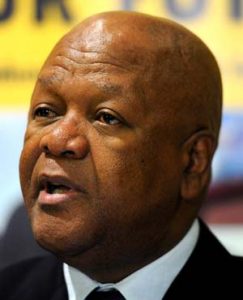