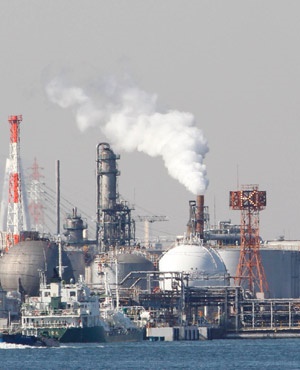 Oil rose from a three-week low after a member of Donald Trump’s medical team said the US President could leave the hospital as soon as Monday, despite contradictory accounts about his health status.

Futures advanced 1.6% in New York after the biggest weekly drop since June amid a broader relief rally in Asian stocks. Trump’s condition remained clouded by confusion, with the president making a surprise outing from the medical center in a show of strength. Meanwhile, a strike in Norway is threatening to cut 8% of the nation’s output.

Trump’s recovery have been the subject of intense speculation after a Sunday briefing by doctors raised questions about his condition as he heads into a critical phase. Traders are watching for developments in Norway, where the country’s no. 1 oil company is shutting down four North Sea fields after employers and employees failed to find common ground on a wage deal.

Oil is back below $40 a barrel with a resurgence of the outbreak in some major economies raising concerns about a sustained recovery in consumption. OPEC+ members are also slowly boosting output after historic cuts to prop up prices, while Libyan output rose to about 300,000 barrels a day and U.S. drillers returned more rigs to fields. Still, Norway’s impasse could provide a swift and sharp price lift in the short term.

The news on Trump’s infection on Friday spooked markets, said Howie Lee, an economist at Oversea-Chinese Banking Corp. “Now the shock from Friday is slowly tapering off and market sentiment has improved. It looks like it’s risk-on again.”

Brent’s three-month timespread was at $1.36 a barrel in contango, compared with $1.17 a week earlier. The change in the market structure indicates that concerns about over-supply are rising.

At the briefing on Trump’s health, his physician said he gave a misleading statement about the president receiving oxygen, the latest in a series of contradictory and confusing accounts about his illness. Meanwhile, U.S. House Speaker Nancy Pelosi was optimistic on Friday that a bipartisan stimulus deal could be done, and said Trump’s diagnosis “changes the dynamic.”

In Norway, Equinor ASA said it will close its Gudrun, Gina Krog, Kvittebjorn and Valemon fields. Neptune Energy Group Ltd. will shut its Gjoa field, while the adjoining Vega field, operated by Wintershall DEA, will also be closed. Together, the fields represent about 330,000 barrels of oil a day.

“The North Sea outage was partly the reason for oil’s rise, but mostly oil is up due to improving sentiment,” said Lee. “Having an incumbent U.S. president falling severely ill is not something the markets including oil would welcome, and there would be a sell-off.” 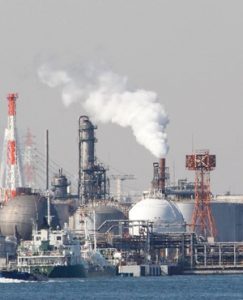