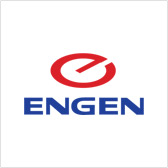 Mpumalanga police are searching for about 15 suspects who stormed an Engen petrol station in Kabokweni, firing random shots with high-calibre weapons.

“They blasted safes in the shop, took an undisclosed amount of cash then fled the scene on foot,” police spokesperson Brigadier Leonard Hlathi told News24 in a statement.

No arrests have been made yet.

“Anyone with information that may assist the police in their investigation, on this issue, is requested to contact Detective Captain Shaka Nkosi,” he said.

There have been similar incidents in the province recently.

In Mmametlhake, more than three armed suspects blasted two ATMs and took an undisclosed amount of cash before fleeing the scene.

A security guard sustained injuries in the process and a case of attempted murder has been opened.

Two suspects – Teli Elson Molotha, 59, and Sandile Victor Ngcobo, 44, who is attached to the SA National Defense Force (SANDF) stationed in Middelburg – appeared in the Middelburg Magistrate’s Court on Wednesday on charges relating to the ATM bombing and other aggravated robbery incidents.

They were found in possession of explosives as well as stained money in their hideout in Mhluzi, Middelburg.

Their arrest came after two ATMs were blown up in Badplaas on Monday.

“The arrested suspects … were allegedly part of a group of six heavily armed men who stormed into a filling station in Badplaas, held a security guard at gunpoint and threatened to set him alight, detonated two ATMs then fled the scene with an undisclosed amount of cash,” said Hlathi.

He added the police had launched an intelligence-driven operation which led them to Mhluzi where the suspects were nabbed. They were remanded pending a bail application next week.

Mpumalanga police commissioner Lieutenant-General Mondli Zuma commended the police for the arrests of the two assailants.